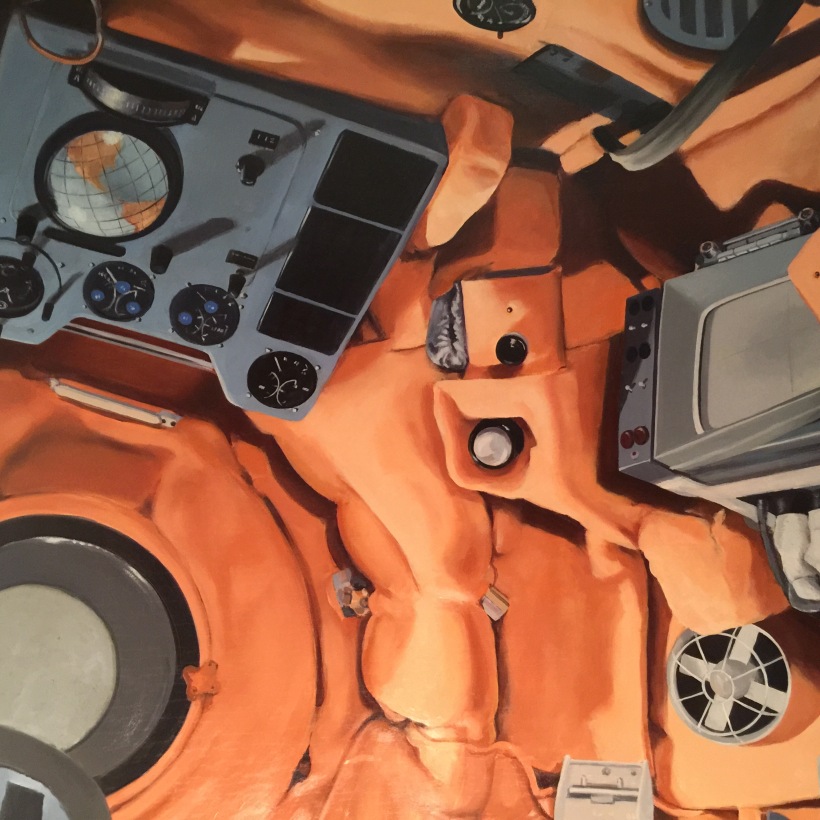 It will soon be 47 years since humans first set foot on the moon. To commemorate this momentous accomplishment, realist artists James Dean and Kara Hammond bring together their space related works to celebrate the early days of space travel and exploration, in a small, targeted retrospective.

As NASA art director, James Dean escorted the likes of Robert Rauschenberg, Cy Twombly, Jamie Wyeth, Norman Rockwell, and Paul Calle to witness history in the making as they created original works for the NASA Art collection. As the former Curator of Art at the Smithsonian Institution’s National Air and Space Museum, Dean shows his own considerable artistic prowess at capturing the early heady times of space exploration through original on-site sketches and personal photographs of the artists working at Cape Canaveral in the early 1960’s – 70’s.

Established artist Kara Hammond will show her immaculately rendered paintings and drawings from the 1990’s, of early space technology, including many Soviet era craft virtually unknown to the American public until decades later. Her work investigates the implicit beauty of machines built to withstand the most extreme extraterrestrial forces.

The Splashdown Reception will be Sun. July 24 from 1pm to 4pm, to celebrate the 47th anniversary of the return of the Apollo 11 astronauts.